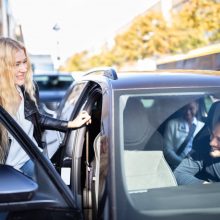 In last week’s election, California voters gave Uber, Lyft, and other rideshare companies a major victory in the battle over the future of gig workers by passing Proposition 22. The hotly contested ballot measure exempts workers for these companies from Assembly Bill 5 (AB 5), a controversial new state law that makes it much more difficult for companies to designate workers as independent contractors (ICs) rather than employees.

AB 5, which went into effect on January 1, 2020, requires employers in California to adopt a three-part standard for determining which workers are employees. Under the now codified standard, known as the “ABC test,” a worker is presumed to be an employee unless he or she meets three conditions: A) the worker is free from the control and direction of the company in performing the work, B) the worker performs work outside the usual course of the company’s business, and C) the worker is customarily engaged in an independently established trade, occupation, or business of the same nature as the work performed for the company.

Lawmakers who created AB 5 say that the law was designed to ensure that gig workers would be entitled to minimum wage, sick leave, workers’ compensation, and other benefits that are generally unavailable to ICs. However, the rideshare companies argued that offering such benefits to the majority of their workforce would increase their labor costs to unsustainable levels and force them out of business.

Uber and Lyft ultimately refused to comply with AB 5 and poured more than $205 million into Prop. 22—the costliest ballot initiative in California’s history—while launching lawsuits aimed at blocking enforcement of AB 5 until after the election. In return for allowing their workers to remain ICs, Prop. 22 proponents agreed to offer their drivers a number of additional benefits.

These new benefits include an earnings guarantee of at least 120% of minimum wage, 30 cents per miles for expenses, a healthcare stipend, occupational accident insurance for on-the-job injuries, protection against discrimination and sexual harassment, and automobile accident and liability insurance. Notably, the earnings guarantee and reimbursement for expenses only reflect a driver’s “engaged time” on the app, and it does not account for the time spent between rides or deliveries.

Yet, while the passage of Prop. 22 is a big win for its supporters, since it only applies to “app-based” drivers and couriers, it will have limited effect on the vast majority of businesses in the state that rely heavily on ICs. Indeed, outside of the five companies that funded Prop. 22—Uber, Lyft, DoorDash, Instacart, and Postmates—only a few smaller gig companies using similar models, such as ride services for children, are expected to receive exemptions for their workers.

That said, many believe the success of Prop. 22 will not only force other states to reconsider passing laws similar to AB 5, but also put a halt to pending legislation at the federal level, including the Protecting the Right to Organize Act, or PRO Act. The Pro Act, a bill based on AB 5, passed the U.S. House of Representatives earlier this year and is supported by President-elect Biden, yet given the passage of Prop. 22, the future of the legislation is now in doubt.

But even with these positive developments, the reality for many business owners and independent contractors in California is that AB 5 remains the law of the land. In addition to those exempted under Prop. 22, lawmakers previously carved out exemptions for roughly 100 other professions such as physicians, engineers, lawyers, accountants, architects, and real estate agents. But unless you are exempt, it’s still critically important to take the proper precautions to ensure you don't misclassify your workers or yourself and get hit with hefty fines or even sued by the state.

If you are a business owner, staying in compliance with AB 5 largely revolves around ensuring you have the proper systems and processes in place to correctly classify workers who live in California, and that begins with having airtight independent contractor agreements in place for every contractor you hire, without exception. But here’s the thing: this is the case for ICs you hire in any state, not just California.

While California has codified AB 5 as law, worker classification rules are pretty much the same everywhere, they’re simply enforced less frequently. So no matter where you operate, if you hire someone as an IC, and they get fired, they could claim they were an employee and sue for back payroll taxes and other employee benefits. Given this, no matter what state you live in, if you hire ICs, you should get these systems and processes in place.

However, no matter what approach you decide to take as a contractor or employer, it’s vital that you consult with experienced business lawyers like us to determine the specific impact the law has on your business and discuss the full range of options available.

More changes on the horizon

Although the passage of Prop. 22 is a notable achievement, it’s likely just the start of an ongoing effort to revise the law. The ballot measure’s success will undoubtedly lead to additional challenges and changes to AB 5, which means the already murky legal landscape is likely to only get more muddied.

We offer a complete spectrum of legal services for business owners and can help you make the wisest choices on how to deal with your business throughout life and in the event of your death. We also offer you a LIFT Your Life And Business Planning Session, which includes a review of all the legal, insurance, financial, and tax systems you need for your business. Schedule online today.