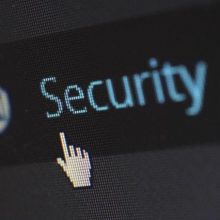 Last week, we discussed three potential scenarios in which poor estate planning can cripple your business. However, the damage described in those three hypotheticals pales in comparison to what recently happened in real life to the owner of one of Canada’s hottest new startups.

Gerald Cotten launched the cryptocurrency exchange QuardigaCX a little more than five years ago while in his mid-20s. Since then, the business has grown into one of Canada’s most successful online hubs for trading and storing digital currency, valued at roughly $190 million.

But upon Cotten’s sudden death, more than $145 million of QuardigaCX’s digital currency effectively vanished into cyberspace. This massive sum, representing the vast majority of the company’s holdings, was lost after Cotten died without leaving the password to his encrypted laptop, where the crypto’s security keys are stored.

This tragic misstep demonstrates one of the most basic, yet often-overlooked, tenets of effective estate planning:

In the event of your incapacity or death if your heirs don’t know how to find or access your assets, those assets are as good as gone. Indeed, it’s as if those assets never existed at all.

An untimely death and a cold wallet

According to an affidavit filed in a Canadian court, Cotten, age 30, died suddenly of complications related to Crohn’s disease while traveling in India during December 2018. In January 2019, QuardigaCX filed for bankruptcy to protect itself from creditors, including all of the customers with crypto stored in the company’s electronic vault.

Ironically, the digital assets were lost in part because Cotten followed a security practice designed to safeguard the funds. Most of the company’s cryptocurrency holdings were stored in a “cold wallet,” or one that isn’t connected to the Internet. The use of a cold wallet is a common practice, since “hot wallets,” or those connected to the internet, are a frequent target of hackers.

Such a practice typically would’ve been a prudent measure, but Cotten reportedly stored the cold wallet on an encrypted laptop that only he knew how to get into.

According to Cotten’s widow, Jennifer Roberston, after multiple searches, she’s been unable to find the passwords that will open the laptop and provide access to the company’s cold wallet. QuadrigaCX even brought in computer security experts to get into Cotten’s laptop, but so far all of their attempts have been unsuccessful.

Canadian financial authorities and independent auditors are currently investigating the case, with some even speculating that Cotten’s death was faked as part of a nefarious scheme connected to QuadrigaCX. Whether it ultimately turns out to be a simple case of carelessness or something more malicious, the lesson remains the same:

From cryptocurrency to safety deposit boxes and everything in between, your family must know how to find and access every asset you own, otherwise it could be lost forever.

In fact, there’s a total of more than $58 billion of unclaimed assets from across the country held by the State Department of Unclaimed Property. Much of that massive sum got there because someone died and their family didn’t know they owned the asset.

In another bizarre twist, Cotten was actually quite diligent in his estate planning. He named Roberston as his estate’s executor and left her instructions for the complete distribution of his assets, including a private jet and multiple properties in Canada.

He even left behind $100,000 for the care of his two dogs—yet he managed to forget to include the passcodes that would unlock his company’s vast crypto assets. We believe that most people holding crypto assets haven’t taken the proper steps to ensure their family would know how to access those assets upon their incapacity or death.

Given this, if you own any digital currency like Bitcoin, be sure to call us to make certain these assets have been correctly included in your estate plan. Indeed, if you have any assets that might potentially be overlooked in the event of your incapacity or death, contact us now.

What makes this loss so tragic is that it could have been so easily avoided. Whether your estate is worth millions or far less, it’s absolutely vital that your plan include a comprehensive inventory of your assets. And as Cotten’s case shows, this inventory must also include a detailed instructions for how your heirs can find and access all of those assets.

These components are a standard part of every estate plan we create. We’ll build a detailed inventory of your wealth and property—including your business—that includes the exact location of every asset. And whether it’s cryptocurrency, social media accounts, or an online payment platform like PayPal, we’ll also include detailed instructions for locating and accessing all of your company’s digital assets and their passcodes.

We offer a complete spectrum of legal services for business owners and can help you make the wisest choices on how to deal with your business throughout life and in the event of your death. We also offer you a LIFT Your Life And Business Planning Session, which includes a review of all the legal, insurance, financial, and tax systems you need for your business. Schedule online today.