The Pitfalls of DIY Wills: Lessons Learned from a Florida Probate Case 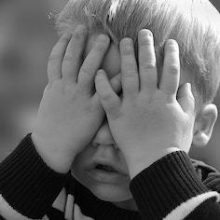 DIY wills are becoming more prevalent as legal services can now be accessed easily online. For better or worse, more and more people are turning to online services to meet their legal needs, maybe even you.

Here’s what you need to know before you decide to create your own will, using an online service, or even a cheap lawyer for that matter.

While these online companies are making legal services more accessible, they’re also doing their customers a disservice, as evidenced in the recent case of In re: Estate of Aldrich heard in a Florida appeals court.

Ms. Aldrich created her will using a downloaded template from E-Z Legal Forms without the advice and guidance of an estate lawyer. It appears that she wished to leave specific assets to her sister, and then to her brother, if her sister died before her. Her sister did die, after which Ms. Aldrich did not properly update her will.

The assets named in the will went to Ms. Aldrich’s brother, but the template she used did not include a residuary clause, which establishes where unnamed assets should go. There was no way for Ms. Aldrich to know that this was missing from the Will because she was not a lawyer, nor was she truly educated about such matters. Most people are not, nor should they be.

As a result and without a residuary clause, the unnamed assets Ms. Aldrich acquired after the creation of the will passed under Florida’s intestacy laws and into the hands of her nieces, children of another pre-deceased sibling, instead of to her brother, as she seemed to have wanted.

This, of course, after a long, expensive and unnecessary court battle between the nieces and Ms. Aldrich’s brother.

Services like E-Z Legal Forms do not provide personal legal advice or ongoing legal support. Had Ms. Aldrich worked with an estate lawyer to craft—and then update—her planning, she would have left her brother an inheritance of love, rather than a nightmare of time, money and heartache.

This is an important lesson to learn because people too often create their will without having a lawyer review it and then forget to update it as loved ones pass on and new assets are acquired. In the end, their wishes aren’t honored because they weren’t clearly defined, leaving the matter in the hands of the probate court.

If you’re ready to develop a sound estate plan that will leave a legacy of true love, start by sitting down with one of us. We can help you with your legal planning needs. Our Family Wealth Planning Session guides you to protect and preserve what matters most. Before the session, we’ll send you a Family Wealth Inventory and Assessment to complete that will get you thinking about what you own, what’s most important to you, and what you can do to ensure your family is taken care of. Schedule online.